A car that was stolen and crashed into a tree has become a surprise local landmark in Melbourne, Australia after it was completely sprayed in gold paint.

An abandoned car has been sprayed with gold paint in Melbourne, Australia. Image: Kim Goodwin

The Toyota Camry was abandoned in North Fitzroy for a couple of weeks before getting its surprise makeover, although locals are baffled and intrigued as to the identity of the street artist?

Speaking to Lonely Planet, local resident Kim Goodwin said that she couldn't see any marker on the car to indicate who the artist might be? "It was done in a professional manner, with no paint left on the bark around it, so I wouldn't be surprised if it was done by people who knew what they were doing," she says. "It's really quite beautiful, as they have taken something indicative of crime or vandalism and made it into something completely different. It's amazing how many people hope it stays there."

An abandoned car has been sprayed with gold paint in Melbourne, Australia. Image: Kim Goodwin

According to Kim, Fitzroy North is on the edge of the real street art/hipster suburbs of Collingwood and Fitzroy, but is a lot more conservative. "It's got a lot of history and heritage buildings and is quite beautiful," she says. "There's street art about, but not to the extent of the suburbs a bit closer to the city. This has bought a little of the Fitzroy grunge north."

Whoever crashed the car took off in a hurry leaving the keys in the ignition, and it had begun to attract graffiti tags as it lay forlorn and abandoned. Now it's attracting admiring looks as its golden sheen brightens up the local neighbourhood and attracts visitors from far and wide.

Kim has noted that social media seems to be divided into three camps, when it comes to opinions on the gold car. "There's the, 'Oh Melbourne you're so hipster' group, and the, 'Who is going to collect this travesty?' crime wave group," she says. "Then there are those, like me, who just think it's a very clever way to turn something bad into something beautiful, and I think we're the majority." 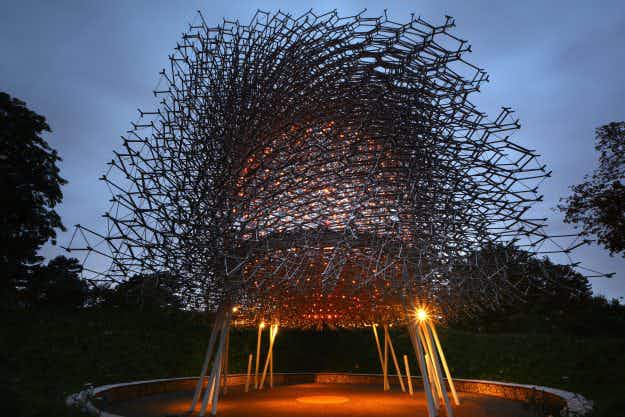 In Pictures: stunning sculpture The Hive at Kew Gardens celebrates… 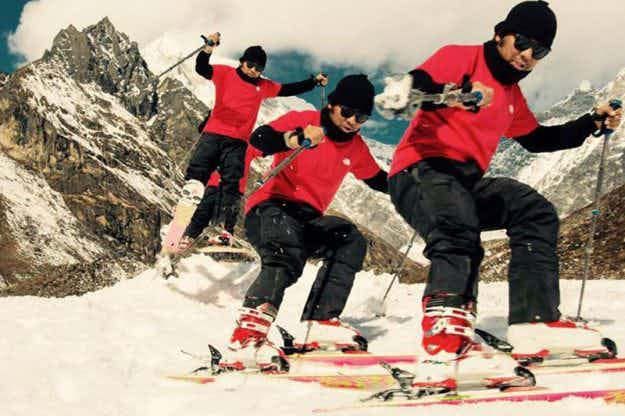