Ab Fab: Take some holiday inspo from the summer's most anticipated movie

Today's the day that the most glamorous film of the season hits cinema screens in its native UK, sweetie-darlings! Yes that's right, Absolutely Fabulous: The Movie is here for some, but fans around the world have to wait but a few weeks more. The 90s sitcom with the cult following is endlessly popular, following the exploits of British PR executive Eddy, her best friend Patsy and daughter Saffy. Fans have been begging for a movie version ever since it went off the air in 1996, and their prayers have finally been answered.

The original TV show was set in London, but the bulk of the new flick takes place on the French Riviera - and chances are, when you see it, you'll want to visit every location, stat! So with that in mind, here are the top spots to hit...

It's difficult to pinpoint the exact location that's so important to this movie (hint: it features supermodel Kate Moss) taking a tumble, but it's likely it's somewhere around Embankment between Waterloo and Westminster. From this spot, you'll be able to walk down towards Big Ben and the Houses of Parliament, as well as taking in all the famous bridges.

Party-loving Eddy and Patsy know where it's at when it comes to bars, restaurants and nightclubs - Soho in London's West End. It's where the magazine and PR business is centred, and thus is very trendy with lots of boutiques on Carnaby Street, and of course the theatres are only a stone's throw away.

Eddy's house is in the Holland Park area of the city, bordering on Shepherd's Bush and Kensington. Quite well-to-do, this is the spot for shopping on Kensington High Street, strolling around Hyde Park and visiting the Palace where Prince William and Duchess Kate live.

In the movie, the gals hotfoot it to the French Riviera after a major faux pas, and most of the principal photography was completed around Antibes in Nice. Don't miss the Old Town, Vieux Nice, and take a stroll on the Promenade des Anglais.

Eddy and Patsy end up on a yacht (of course they do!), and St-Tropez is the best place to moor one on the Riviera. The less wealthy among us (hands up!) can take a chartered boat trip from Nice to Saint Tropez for about €65 in the high season, and it takes about 2.5 hours. 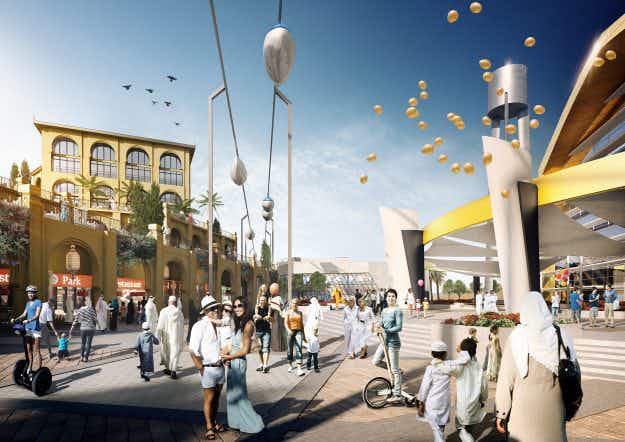 Visitors to Yas island will soon travel around in jet-like…

No more packing dilemmas; a new start-up wants to pack…