A broken toilet forced a plane to turn back, despite having 85 plumbers on board

You'd think having a plumber or two around the place would be helpful in a case of domestic turbulence. It turns out that's not always the case, particularly in the air. A Norwegian flight destined for Munich found this out when it developed a broken toilet aboard the plane, and the issue couldn't be resolved although there were 85 plumbers on board. Eyebrows were raised when it was forced to return to Oslo only 20 minutes into the journey.

A Norwegian plane had to return to Oslo after developing a bathroom problem. Image: Guido Mieth

Of the 85 tradesmen, 65 were from one company, Rørkjøp. Its CEO, Frank Olsen, explained to Norwegian newspaper, Dagbladet, why they were unable to be of service. "We would have liked to fix the restroom, but unfortunately it had to be done from the outside and we did not take the opportunity to send a plumber [out] at 10,000 metres," he said. In the end, engineers inspected the bathroom on the ground at Oslo to determine the source of the problem, before the aircraft departed for Munich again, It eventually arrived three-and-a-half hours late.

Data tweeted by FlightRadar24.com shows that the Boeing 737 aircraft departed the Norwegian capital at 8.28am local time for the flight, which should have taken two hours and 20 minutes. It climbed to 33,000 feet before turning around, circling to burn fuel before landing back in Oslo an hour after departure.

A Norwegian plane had to return to Oslo after developing a problem with the bathroom. Image: Thinkstock

"Flight DY1156 from Oslo to Munich on Saturday January 27 returned to Oslo due to a technical fault with the toilet," a spokesperson for Norwegian said. "The aircraft was repaired and continued with the flight later that day. We would like to thank passengers for their patience and would like to apologise for the inconvenience."

See the super blue blood moon light up skies around… 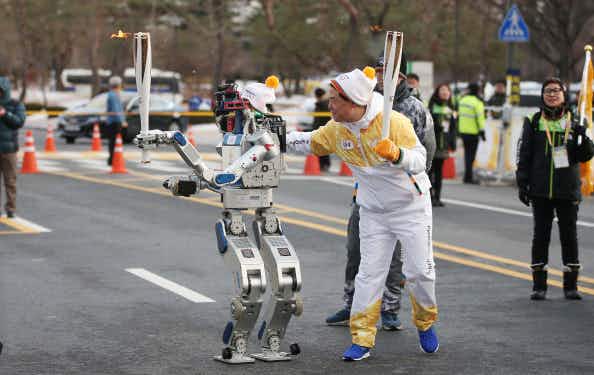 Robots are set to have starring role at the Winter…