A 72 year-old grandmother and her dog were found alive after spending nine days in the Arizona wilderness.

Ann Rodgers was rescued after 9 days in the Arizona Wilderness

She and her dog were rescued after they disappeared on 30 March after a helicopter team spotted the word ‘help’ spelled out with sticks and rocks on the sandy floor of a creek.

Ann Rodgers was on her way to visit her grandchildren in Phoenix when she ran out of gas in her hybrid vehicle. She and her dog got out of her car to go in search of cell phone reception and got lost.

The sign for Help was found spelled out in the sand. Image by Arizona Department of Public Safety

The grandmother and her dog spent nine days sleeping and walking in the Arizona wilderness, home to bears and bobcats as well as cold nights and days of scorching sunshine.

But nine days into the search, after the rescue teams had almost lost hope, some hikers came across tracks on a creek bed. An aerial search followed which uncovered the ‘help’ sign in the sand, where hikers later found a handwritten note by Rodgers.

The 72-year-old and her dog were miraculously found in the Arizona wilderness after 9 days. Image by Arizona Department of Public Safety

The grandmother and her dog were found just a few minutes after the note was discovered and, despite being a little shaken by her ordeal, she was described as being in good condition. She was brought to hospital and released home to Tucson within a few hours.

Speaking to the Guardian, Gila County sheriff detective Johnny Holmes who was in charge of the rescue, said, “She’s an amazing person just from what I know from me dealing with the search on this end of it. I’d love to shake her hand one day.” 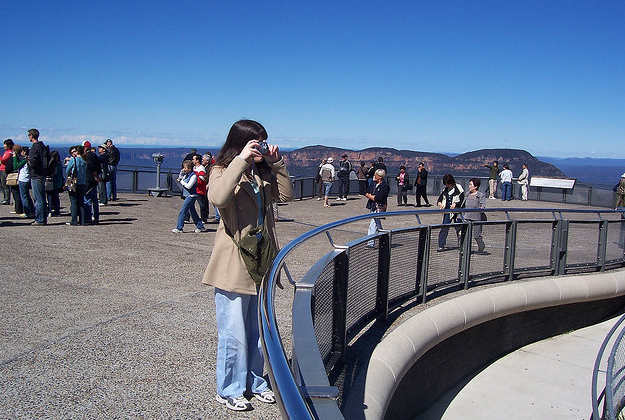 #LPTakes5: why the future of travel tech is on two…