6 images from around the world: pictures of the day

From cat-loving imams to the Swiss snow in Davos, here's what's happening around the world today in pictures.

An Istanbul imam has opened the doors of his mosque to stray cats seeking refuge and has become a bit of a social media darling.  Mustafa Efe is the imam of Aziz Mahmud Hüdayi Mosque in the Istanbul’s Uskudar district, and he decided to allow stray cats into the mosque. Footage of a cat bringing her newborn kittens into the mosque melted people's hearts, and the imam has said he is committed to continuing to provide shelter for the cats.

"Tamborilleros'' wearing their uniforms play their drums at midnight at the start of the main day of San Sebastian feasts in the Basque city of San Sebastian, northern Spain on Wednesday 20 January. 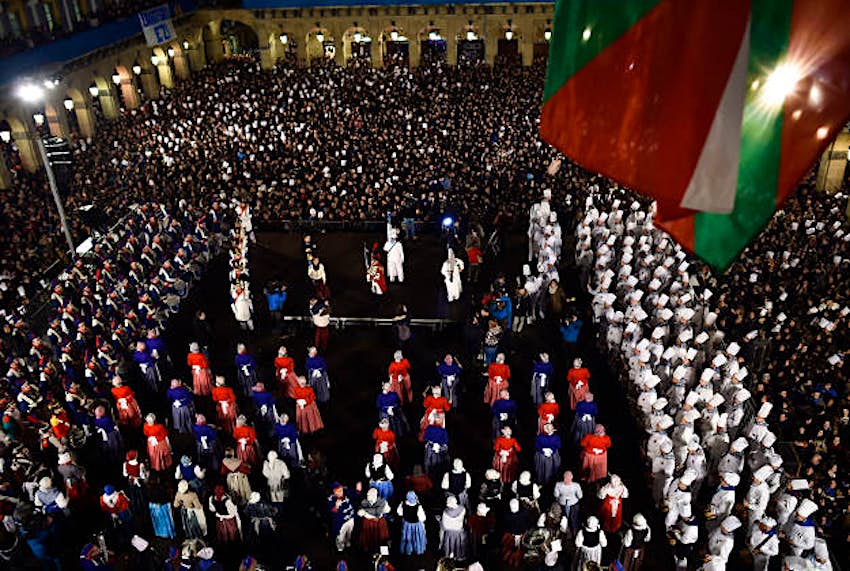 From midnight to midnight companies of perfectly uniformed marchers parade through the streets of San Sebastian playing drums and barrels in honor of their patron saint.

The demolition of Pablo Escobar's house begins Image by PA

An excavator demolishes the waterfront mansion formerly owned by Colombian drug lord Pablo Escobar on  Tuesday, in Miami Beach, Florida. Chicken Kitchen owner Christian de Berdouare, who purchased the property in 2014, wants to build a more modern home on the site. Before demolishing the fire-damaged mansion that sat abandoned for years, de Berdouare hired professional treasure hunters to comb through the structure for traces from Escobar's days.

Director of the International Monetary Fund, IMF, Christine Lagarde speaks during a panel session on the first day of the Annual Meeting of the World Economic Forum, in Davos, Switzerland today 20 January.

The best neighborhoods in Panama City buzz with energy

How to get around Québec City like a local

Kraków on a budget: how to tour Poland's cultural capital on the cheap

8 min read • Published about 6 hours ago