Cities are often accused of being dull and grey, but seven colourful 1980s U-Bahn stations in western Berlin that brighten up their surroundings have been listed as historic monuments for the first time. The stations at Siemensdamm, Rohrdamm, Paulsternstraße, Haselhorst, Citadel, old town Spandau and town hall Spandau are now regarded as "a special testimony of the post-war period."

The Bierpinsel is one of seven 1980s Berlin U-Bahn stations that have been listed as historic monuments. Image by Michael Fielitz / CC BY-SA 2.0

The quirky stations were all designed by architect Rainer G. Rummler, and are postmodern in design, with brightly-coloured tiles, pillars and the odd flash of shining metal. Their cheerful designs provide a talking point for visitors and lend vibrancy to their surroundings.

Paulsternstrasse Station is one of seven 1980s Berlin U-Bahn stations that have been listed as historic monuments. Image by Ingolf / CC BY-SA 2.0

Even though they have been declared historic monuments, the stations were all built pretty recently between the years 1980 to 1984. They are situated in one of the last sections of the subway system to be constructed exclusively within west Berlin, extending the network into the suburban town of Spandau, which is located within the confines of the Berlin Wall.

Rohrdamm is one of seven 1980s Berlin U-Bahn stations that have been listed as historic monuments. Image by Attila Németh / CC BY-NC 2.0

The seven stations will certainly be worth looking up on your next trip to Berlin, and they are sure to brighten up your Instagram feed.

UK visitor numbers expected to grow this year, thanks to… 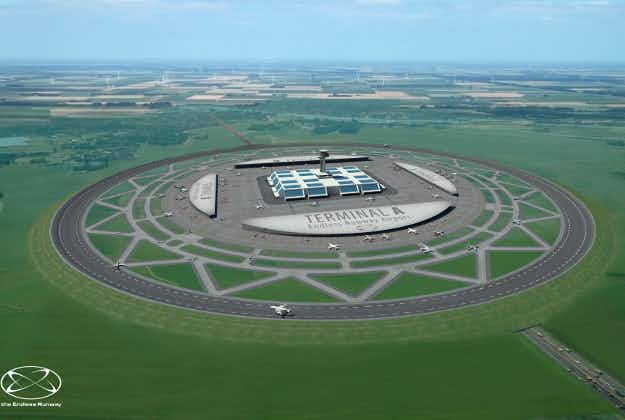 Could circular runways be the future for air travel? This…