A futuristic tower has been planned for Toulouse that features a design with a beautiful spiralling, tree-lined pattern.

A rendering of the final design. Image by Luxigon

Designed by Daniel Libeskind, the Occitanie Tower will stand at a proposed 150 metres above the Canal du Midi in the heart of Toulouse’s business sector, and is set to be the first skyscraper in the city. A spiral of greenery will rise up along the structure from street level to the 40th floor, while the building will contain 11,000 square metres of office space, a Hilton hotel, up to 120 apartments, commercial space for shops and offices as well as a restaurant with a panoramic view.

The tower will be the city's first skyscraper. Image by Luxigon

Integrated into the form of the building, the façade and public platform is a continuous vertical landscape, referencing the waterways of the nearby canal. Trees will line the platform, while a ribbon of gardens will curl around the glass to its full height. “With its suspended gardens that change colour during the seasons, the slight silvertine of the glazing of the façade will reflect the pink tones of Toulouse and the brightness of this material will change perception of the space, according to the variation of light. The tower becomes a unique object in a vast urban space – the tower will not only become a destination, but also a defining public space,” said architect Daniel Libeskind. The gardens are due to be designed by landscape architect Nicolas Gilsoul.

Construction is planned to being in 2018. Image by Morph

The tower will be built on the site of the former postal sorting centre at Gare Matabiau. Situated east of the city centre, the building will have views towards the Pyrenees, which are less than 100 km away. Studio Libeskind will collaborate with Toulouse architect Francis Cardete, with construction expected to start in 2018 and be completed by 2022. 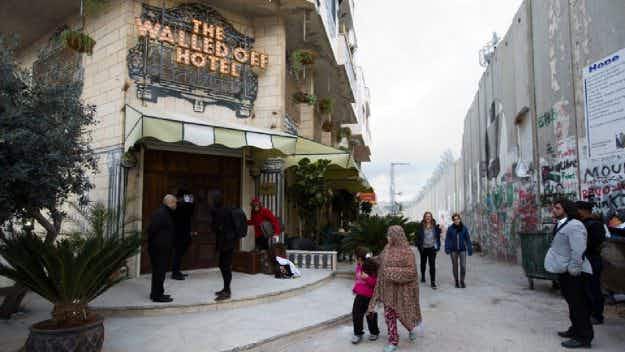 No kidding around, goat yoga is now a thing in…